The r version of these functions is the easiest to understand. It returns a specified quantity of random numbers with the desired distribution (r = random).

The r versions of the distribution functions allow you to create sets of numbers with known properties, such as means and standard deviations. You can then test statistical formulas against these to see how often they provide the correct answer with various sample sizes and other numerical characteristics. This is a thoroughly modern method for learning statistics.

To understand the d version of the distribution functions, think of the bell curve graph that’s associated with the normal distribution. On this graph, the x-axis specifies a range of numbers from smallest to largest . The y-axis shows the density of the distribution at each of those numbers (d = density). 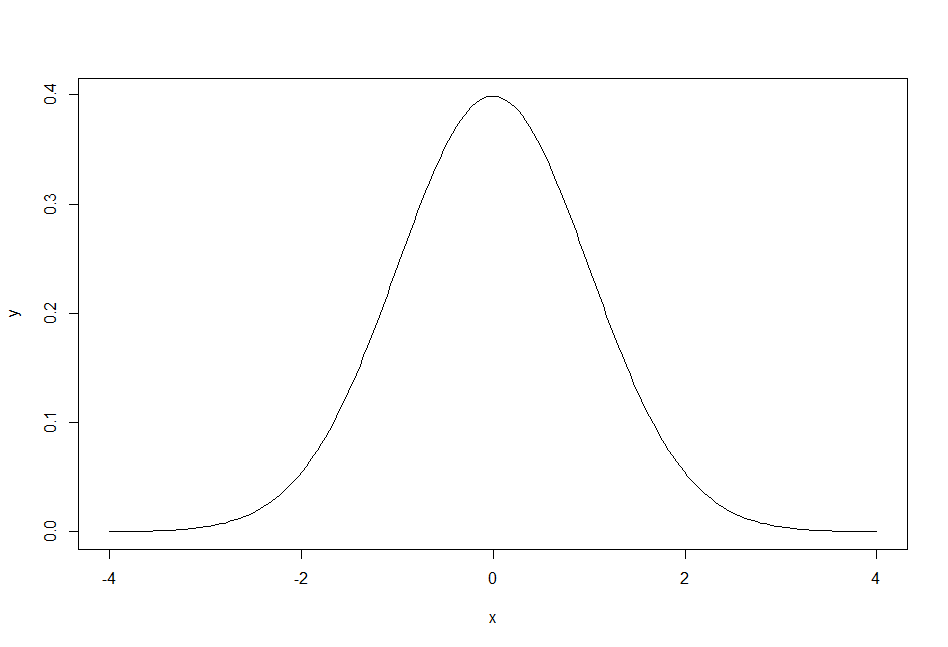 At the back of most statistics books you’ll find a series of tables; the p and q versions of the distribution functions are the R equivalent of these tables. Use the p version if you have a table’s marginal value and want to get the probability associated with that value. Or use the q version if you have a probability and you want the table’s marginal value.

In the following posts, I’m going to use these functions to demonstrate how the formulas you learn in statistics classes work.

This site uses Akismet to reduce spam. Learn how your comment data is processed.